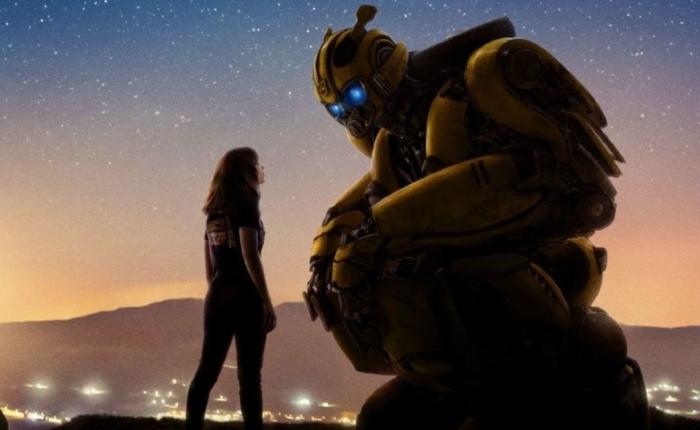 Somewhere back in the early part of the 20th century, three Jewish brothers from Rhode Island put their heads together and opened a textile company. The Hassenfeld brothers had no idea what their entrepreneurial endeavors would produce, nor would they live to see the global, multi-billion dollar behemoth that their baby company would grow up to become nearly 100 years later. Unbeknownst to them, they had set in motion a chain of events that would re-shape the childhoods of millions of kids in the distant future of 1984. For it was in that year, that the Hassenfeld Brothers’ company, now known by its more popular moniker – Hasbro – would cut a deal with a Japanese toy company known as Takara, and a comic book company in the U.S. known as Marvel, to produce exactly three things aimed directly at the still developing hearts and minds of boys like little Adam Coffman. These three things were a comic book, a cartoon, and a toy line. The purpose of the comic book was to create a mythology, and the purpose of the cartoon was to spin that mythology into 30-minute advertising spots that could be used to market the toy line – a toy line that was comprised of the main characters in the mythology. The result of this inspirational stroke of genius (or diabolical scheme depending on your perspective) was something that the entire globe now knows simply as The Transformers.

What Hasbro hadn’t counted on, was how deeply the mythology of the transforming robots from outer space would burrow into the hearts of its intended target audience. The toys themselves were quite expensive by early 80s standards, and there were many families (like mine) that just couldn’t afford them. But the cartoon, on the other hand, was accessible to everyone, and the stories and characters it introduced into our young lives were so captivating that it ensured a seemingly perpetual longevity to The Transformers mythos, a limitless recycling of products based on them, and a legacy that has now spilled over into the lives of every generation of kids since then.

In the late summer of 1986, just two years after the launch of the brand, The Transformers made their feature film debut in theaters all across America. And within weeks of the film’s premiere, the cries and lamentations of young boys could be heard from sea to shining sea. Hasbro, in an attempt to refresh its line of toy products had introduced plenty of new characters in the $6 million dollar animated film – and it doubled down on its commitment to these new characters by subjecting us all to the on-screen violent murders of the most beloved characters in the franchise, including our hero Optimus Prime. This was the right move from a marketing perspective, I suppose… but for all the 9 and 10 year olds clamoring out of bed extra early on school mornings, and sacrificing our personal hygiene in order to catch a few more glimpses of the Autobots going toe to toe with the Decepticons before the school bus arrived – it was devastating. And we’ve never fully recovered. It left us all with a hollow feeling in the pit of our souls that we’re still trying to fill to this very day.

In 2007, for a brief moment, we gasped a collective sigh of relief as the first live action Transformers movie hit theaters. Nearing our 30s at the time, and sufficiently ready to curate the two decades worth of Transformers material that had sprouted a dense forest of sequels, reboots, and restructured characters – we entered movie theaters with all our hopes and dreams in tow alongside us. And when Peter Cullen, the original voice of our beloved Optimus Prime spoke again after decades of silence… we shed tears. I did anyway. Hearing Prime speak again, after thinking him dead for so long, after hearing only rumors that he had survived the assault on our childhoods, and after having grown into adults with our own battles to fight—it was all too much emotional overload to contain. As Jesus had wept at the tomb of Lazarus before calling him forth into resurrection, so we had wept at the tomb of Optimus Prime before seeing him called back to life by Michael Bay.

Sorry for the crude analogy. I know it’s not as dramatic as all that. And I’m not comparing Michael Bay to Jesus mind you… I’m only calling attention to the sentiment of death and resurrection portrayed for us, even in fictional stories. For our western society which is built on Judeo-Christian ethics and archetypes, this story-telling device is a good way to find traction with our heart-strings.

If we want to get literal, then Michael Bay would be more like the antichrist. Because he brought Prime back, along with the other original generation of Transformers, only to twist them into monstrous parodies of themselves in a series of four sequels that stripped them of any dignity they once held and shackled them within the chains of box office viability for the masses of teenagers today who have no idea what The Transformers are supposed to be.

While the first of Bay’s movies wasn’t too bad (because Steven Spielberg had his hands on the reigns as Executive Producer), and hit pretty close to the mark in terms of conjuring the original mythology, the sequels he made became progressively worse as he was let off the leash by Spielberg and quadrupled down on multi-million dollar special effects, slow motion explosions that last for hours, poop jokes, sex jokes, and close-up shots of boobs, butts, and guns – all at the expense of the only thing that truly matters; the only thing that ever mattered to those of us caught up in this spectacle to begin with: STORY.

Thankfully, and quite unexpectedly, the powers that be – Paramount Pictures, Dreamworks, and Hasbro – came to their collective senses last year, actually listened to all the 40 year olds still looking for our old friends to be given their proper due on the big screen, and pulled Bay out of the Director’s chair – effectively ending his ability to continue dropping steaming piles of manure on the remnants of our childhood imaginations.

In his place, Travis Knight and Christina Hodson have written and directed a sixth Transformers film called Bumblebee, completely rebooting the entire series. And they’ve done a masterful job of it.

This new film is a much smaller, much more humble endeavor. It takes us back to the roots. It’s set in the 1980s, as it should be, and it tells the story of one character – B 127 – the small, loveable, loyal sidekick of Optimus Prime as he crashes on Earth. Pursued by two evil Decepticon lieutenants, alone on an alien world, injured from battle, unable to speak, and without any memory of who he is and where he’s come from, he is forced to go into hiding by taking on the appearance of a 1967 Volkswagen Beetle. Eventually, B-127 is found by a teenage girl named Charlie (Hailee Steinfeld) who befriends the beleaguered outcast, renames him Bumblebee, teaches him about human culture, and helps him to recover his memories as their adventures unfold in a way that is unique to the Transformers mythology, and yet also pleasantly reminiscent of something like E.T. the Extraterrestrial.

The story of Bumblebee manages to capture the elements of the original stories that struck so deeply into our hearts as kids in a way that the previous films never have. To us, these stories were never about fast cars, supersonic jets, and sexy paint jobs… they were about heroes; heroes who were the underdogs, driven into exile by unjust oppressors, forced to adapt to a new way of life in a foreign land, befriended by those who saw the good in them, and consumed with a desire to protect, encourage, and inspire their friends.

For a generation of young kids growing up in the 1980s, at the dawn of the digital age, we were the first generation to have a personal relationship with the microchips that were consuming the world around us. Our imaginations were shaped by this, and our minds were mesmerized by it. And they still are. This is the root of our fascination with The Transformers. It’s why they’ve been able to continue appealing to kids (and adults) today. We place so much of our lives into the hands of our technology – we rely on it, and we care for our phones, computers, gaming systems, and cars like they are our friends. At the same time, we’re not naïve about the dangers of technology as well; we know how the things we use for good can also be used to bring about great evil. We’ve walked in both worlds, and The Transformers reflect this same duality.

Fictional stories about technology that can reciprocate our desire for connection and friendship have always made sense to us. Bumblebee succeeds as a film because relationship between human and machine is at the heart of its story – as is the choice between whether we use our connection with technology for good, or for evil.