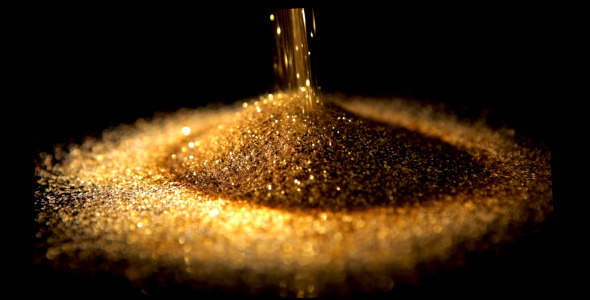 Well, it has been awhile since I’ve felt the appropriate amount of brain propulsion to take some time and write out my thoughts concerning my movie watching activities. But, I’ve found some thinking space to do so today, and here we are. Professor Lunsford lent me his copy of The Treasure of the Sierra Madre a couple of months ago, so it’s been slowly percolating in my neurons for quite long enough I suppose.

When the Professor first mentioned this movie I was immediately interested, as I had first heard about it many years ago. I can’t remember the exact context of how I became aware of the film, but I know it had something to do with either Spielberg or Lucas sharing their various inspirations for Indiana Jones. Since that day, whenever it was, I’ve had some existential space reserved for actually finding it, watching it, and ascertaining how it made such an impact on the two notorious directors.

However… while in the midst of my two-months of pondering the themes in this classic film, a friend from church gathered a handful of us together for a Saturday night viewing of Beowulf. Just to avoid confusion, this was the 2007 version of Beowulf directed by Robert Zemeckis. More on that in a bit. At any rate, after watching the modern cinematic “re-telling” of this ancient Old English poem, I realized that I had waited too long to gather my thoughts concerning The Treasure of the Sierra Madre, because the two films share some similar themes, and writing about both of them separately would have me mining too much gold from the same excavation site as it were. So… in my own way, and in the style of the Starship Enterprise, I have decided to boldly go where none of my reviews have thus gone before, and combine these two reviews into one. Some might call this laziness, but I prefer to think of it as cleverness.

Now, the average connoisseur of the Arts and Humanities would most likely scoff at the thought of these two stories having anything to do with one another, and I myself would have scoffed as well had I not accidentally found myself in this unlikely, circumstantial confluence of the two films which served to blend them together in my mind. But the similarities are none-the-less real, and they can be modestly distilled into an essence defined as simply as “the danger of human greed.” The two stories have many differences as well, to be sure, but even though they are separated by a thousand years of cultural context, they share this parable about greed in the core of their bones.

At this point I should probably back up a little. I need to clarify something. The two stories aren’t, technically speaking, separated by a thousand years, because this version of the Beowulf myth bares very little resemblance to the original epic. This Beowulf was released in 2007, and it is not the Beowulf that we had to read about in high school English class. Actually, to be perfectly honest, I wasn’t totally sure how much of the film borrowed from the original poem of Beowulf and how much was created by Neil Gaiman for the screenplay… I guess I should have read the old story more carefully in English class. As it turns out, Gaiman and Zemeckis infused the epic poem with quite a bit of additional material. In this version of the story, the hero accomplishes the same general “feats of strength,”—killing the monstrosity known as Grendel and so forth— but instead of killing Grendel’s mother, he is seduced by her. As it turns out, the former King Hrothgar (as portrayed by Anthony Hopkins) had also slept with Grendel’s mother when he was a young warrior, which is where Grendel came from. Beowulf’s lust gives birth to a son that can take the form of a golden dragon—a distorted version of the dragon that Beowulf sacrifices his life to defeat in the original story. This is quite a departure from the epic of Beowulf that J.R.R. Tolkien translated in 1926 from Old English. I give Zemeckis and Gaiman props for creating a much more interesting story that uses the names and locations of the original poem, but at the same time, I lament the fact that they’ve robbed the old story of its intended meaning. It takes a tremendous amount of hubris to do that with a piece of ancient literature, but where there’s a dollar to be made, nothing is sacred I suppose. The main difference is that they’ve reduced the hero, who originally stood as an early example of Christianity infusing its way into the Germanic traditions of Scandinavia, into an anti-hero driven by his own selfishness, greed, and lust rather than by a desire to protect the community entrusted to him at all costs. This version of Beowulf wants more, and he wants it all to himself.

Don’t get me wrong, this modern re-telling of Beowulf, with its unique visual style, superb voice acting, and additional layers of meaning are still worthy of examination and analysis. It just needs to be absorbed and digested on its own merit, with the understanding that this shouldn’t be confused with the classic literary version of the story. Ironically, however, it is this severe alteration of the original source material that has allowed me to make the connection between this film and The Treasure of the Sierra Madre. Don’t worry, I’m getting to the point…

The Treasure of the Sierra Madre was released in 1948. It’s the adaptation of a book that was written by the enigmatic novelist B. Traven in 1927. It tells the story of two hard-working Americans (or two losers depending on your point of view) following an aging and well-seasoned prospector into the Mexican desert in order to find gold. Once they find the right spot, they set up camp, dig a mine, and gradually accumulate more gold than they will ever need. At this point, one of the men begins to suffer from a gradual and increasingly hostile paranoia –not unlike the kind that Scrooge McDuck used to suffer from back during his days as the Kingpin of Duckburg. He believes the other two men are plotting against him, and that the gold he has is simply not enough. He wants more, and he wants it all to himself. The aforementioned old prospector named Howard (portrayed by Walter Huston) was the most interesting character, in my opinion, even though Humphrey Bogart gives an absolutely mesmerizing performance as Fred Dobbs – the guy losing his mind to greed. But Howard is the moral compass of the story, infusing wisdom into the impending madness at hand by uttering lines such as, “I know what gold does to men’s souls.” Indeed sir, you did know.

There’s lots of moral quandaries flying around throughout both of these movies, but when we examine the characters of Fred Dobbs and Beowulf under the same magnifying lens, the similarities between these two stories begin to emerge. Both characters show us what happens when greed poisons a man into believing that, no matter how much wealth he has attained, it’s not enough. I suppose they do manifest their greed sickness in different forms – Dobbs allows his greed to rob him of his sanity, while Beowulf allows it to rob him of his Kingdom, but both men lose their humanity, both men lose their integrity, and both men lose their lives as a consequence of giving themselves over to their desire for MORE. Dobbs, in his greed, produces a confrontation that results in his death, while Beowulf in his greed, produces a dragon that results in his. Beowulf’s shortcomings are portrayed to a much greater extreme than Dobbs, being swept away by lust and power as well, but that’s because, in the context of his story, he exemplifies what happens to a greedy man that has the ability to seek out greater vices. Unlike Dobbs, he has the agency to give himself over more completely to his debauchery. Dobbs is a poor man without an entire kingdom at his disposal, and simply has no way to do as much damage to others. But if he had the ability to do as Beowulf does, he mostly definitely would. Their disease is the same.

I’m tempted to give away the endings of the stories, which are different, but I will refrain, in case anyone wants to see for themselves. But, in brief, I will say that Beowulf leaves us, the viewers, with ambiguity—Beowulf himself does reach some measure of personal atonement, realizing his past mistakes, and owning up to the consequences… but we are left to wonder how the story will progress. Will the next King Wiglaf fall prey to the same sins as the two kings who came before him? Will he resist and establish a kingdom that is secure and virtuous? We don’t know. We don’t know enough about Wiglaf’s character to ascertain whether or not he has learned from the men he has served and gone into battle with. If he has learned the right lessons, we don’t know if they are powerful enough to keep him from falling. The ending of the film is intended to make us think about this.

The Treasure of the Sierra Madre, on the other hand, leaves us with a rather poignant reality to ponder in regards to the wealth of this world, and seeking after riches. Dobbs does not find redemption or atonement for his sins. He is tragically consumed and destroyed by them in a way that should make us all shudder.

The moral of these two films remains stunningly similar, however. Simply put, by a wise king long ago, who knew the full excesses of wealth, power, and lust that human beings can achieve on this earth, and who, in the twilight of his own life brought disaster on his kingdom:  “I amassed silver and gold for myself, and the treasure of kings and provinces… I denied myself nothing my eyes desired; I refused my heart no pleasure… yet when I surveyed all that my hands had done and what I had toiled to achieve, everything was meaningless, a chasing after the wind…” –from Ecclesiastes 2:8, 10-11